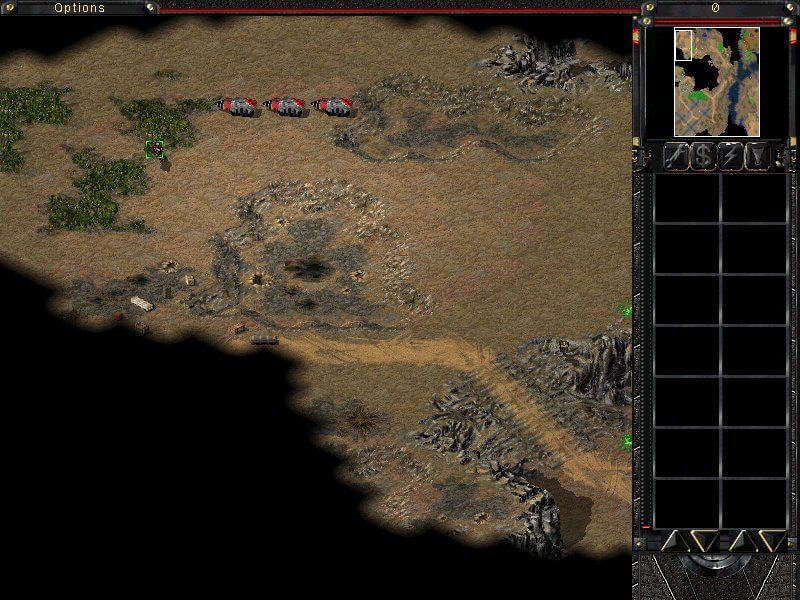 Rather than bundle together a loose collection of missions and link them with text messages or poorly delivered speech, Westwood has at least divided them up with its usual big-bucks high production video sequences, which for mission packs is pretty much unheard of. That aside, the missions themselves are, for the most part, plodding affairs, with the usual mix of en masse attacking and base building from scratch.

The new units, seven in total, do add flavour to the bland proceedings and, though small in number, do require a rethink in overall strategy - in multiplayer games especially. Some might find the balance of units off-kilter, but overall Westwood has create a fairly good mission pack for an average game. Those that loved Tiberian Sun really should downloac Firestorm - at half the content it almost doubles the fun.

New units are mainly based around existing structures or vehicles, and really the only novel addition is Nod's Reaper - a cyborg torso with an all-terrain walker base. Their variety of weapons works on just about anything, making them a formidable enemy.

Spider-like, their web launchers temporarily disable infantry, while dual cluster missile cannons are equally effective against buildings and vehicles. And to top it all off, they heal fast in tiberium deposits.

GDI players will fear these. Limpet drones bury themselves fireatorm the ground, and clamp on to passing enemy vehicles. Players can then see the "view" from that vehicle, as if they owned it. This can be useful for infiltrating cloaked bases, but seems really to have been included to fulfil mission objectives in the single player game.

Both sides have gained mobile war factories, and although they are slow-moving and must be deployed before building, they provide a way to reinforce armies at a battlefield level. They are vulnerable, though, but useful if combined with Nod's new mobile stealth generator.

GDI drop pods come as an addition to the Upgrade Centre.

These contain five elite infantry squads which can be deposited anywhere on the map. They make a good suicide squad for taking out enemy power plants, but seem to be no more use than the existing ion cannon.

Two re-hashed units complete the line-up. GDI's Juggernaut is their answer to Nod's artillery. Carrying triple mm howitzers, they are slow moving and must be deployed before they can fire. And the mobile EMP is a tracked version of the GDI defence emplacement, which fires an electromagnetic pulse to disable vehicles within its area of effect.

Play takes place on a map of the US divided into about 40 territories. Tiberian Sun Mods Here's a list of Tiberian Sun-themed mods on the base game and on other game-engines. Tiberium Resurrection - Seeks to expand and enhance the original game, while staying true to its style and lore. Campaign tells a story of a GDI commander after Tratos' assassination, employing all original cutscenes, pixel art and voice lines for a truly immersive experience.

Its goal is to balance the game by adding new factions Scrin, Mutants and Cabal and reworking the original sides. This mod is being developed by W3D Hub. Tiberian War: Warzone - Tiberian War is a mod that brings back and revamps Tiberian Sun with new graphics, mechanics, and systems.

It will add new units and buildings from Tiberian Sun and maps with battles on scale no one has seen before!